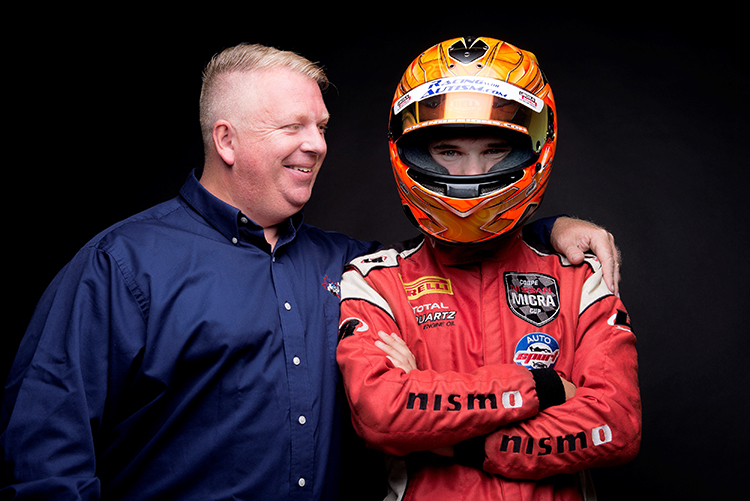 Nissan today released a new short documentary highlighting the career path of one of Canada’s most ambitious young racecar drivers, Austin Riley. When the fourth annual Nissan Micra Cup gets underway in May, a long list of drivers will be vying for victory. However, for Riley – the spirited 18-year-old from Uxbridge, Ontario – he’s already won.

At the age of 12, Riley was diagnosed on the high-functioning end of the autism spectrum, but he’s loved cars and racing his entire life. The video chronicles Riley’s path to realizing his childhood dream of becoming a racecar driver in the face of adversity. Returning this season for his second consecutive Nissan Micra Cup series, Riley is the event’s first, and only, autistic driver. While Riley didn’t take home gold on the track in 2017, the video shares how he inspired many with not only his story, but with his skill behind the wheel.

“Our family is thrilled to see Austin live out his dream of being a racecar driver, and we’re thankful for the support he’s received from the other drivers, fans and event organizers,” said Jason Riley, Austin’s father and founder of Racing With Autism, an organization dedicated to raising awareness about autism, and also Austin’s official racing team. “The Nissan Micra Cup was the perfect avenue for Austin to advance from karting to racecars, and we can’t wait to see him continue to build on the momentum he started in the 2017 season.”

Nissan Micra Cup’s community gets Riley in the driver’s seat
As the video shares, it was Nissan Micra Cup veteran driver Metod Topolnik of Azure Racing, and wife Marie Christine Bédard, who introduced the Rileys to the series, after learning about Austin and Racing with Autism. Autism awareness advocates themselves, Topolnik and Bédard were inspired and encouraged by Austin’s achievements, and reached out to his family.

“Our son Thomas was diagnosed with autism at two-years-old and at that moment, our world stopped. Metod and I began doing everything we could to give Thomas the best chance for a better life, and became advocates for autism awareness,” said Bédard. “When we learned about Austin’s achievements, it gave us immense hope, and we wanted to help support and encourage Austin in the pursuit of his dreams and share this message of hope with people like us who need it most.”

Austin shares in the clip that his unique ability to anticipate collisions before they occur and his acute focus on the track have set him up for success; but what he’s gained off the track is just as valuable, attributing a growth in confidence to his Nissan Micra Cup racing experience.

“Stories like Austin’s give us great joy. The Nissan Micra Cup was made exactly for the purpose of allowing people to live their dreams of racing, and the fact that the community has come together in this way for Austin is indicative of the great people involved in this series,” said Joni Paiva, president of Nissan Canada Inc. “As Canada’s most affordable racing series, we will continue to bring excitement and new experiences to Canadians.”

Riley’s unmatched passion and emotion are what set him apart and endear him to fans and teammates. The end of the video shows a teary-eyed Riley bidding farewell to his car at the end of the 2017 season. When man and machine are reunited for the 2018 Nissan Micra Cup, Riley’s mantra will yet again be, “Nothing is impossible.”