Why Are Kids with Autism Less Social Than Peers?

Why Are Kids with Autism Less Social Than Peers? 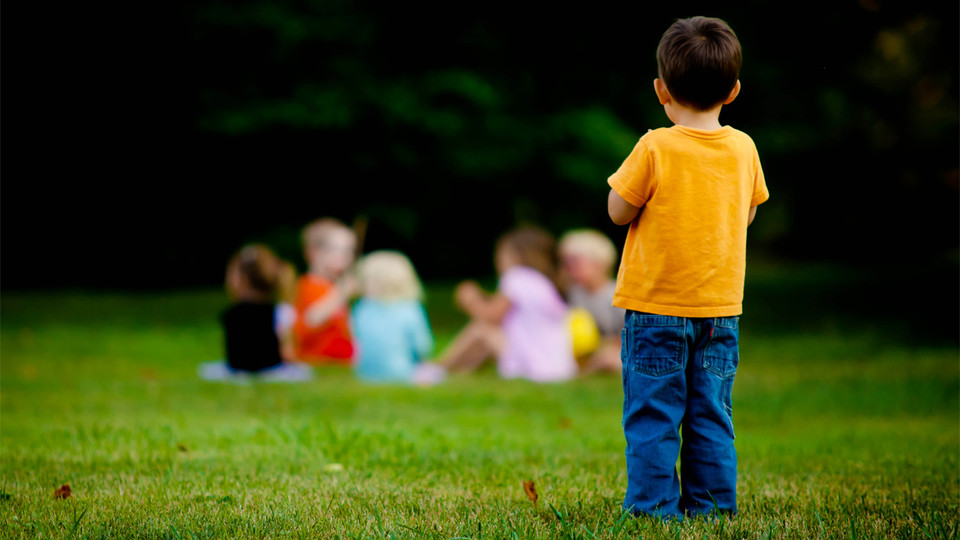 In a new study, researchers set out to investigate why children with autism spectrum disorder (ASD) tend to be less socially communicative than their typically developing (TD) peers. Their findings, published in the journal Molecular Autism, provide a glimpse into the brain mechanisms behind autism.

In recent years, scientists have proposed several hypotheses to help explain why ASD kids tend to pull away from social interactions: One popular theory is known as the social motivation hypothesis. This theory suggests that ASD kids aren’t inherently motivated to interact with others because they aren’t neurologically “rewarded” by social interactions the same way TD kids are.

“Most of us get a hit of dopamine when we interact with other people, whether it’s through making eye contact or sharing something good that’s happened to us — it feels good to be social,” said Dr. Katherine Stavropoulos, an assistant professor of special education in the Graduate School of Education at the University of California, Riverside (UCR).

“The social motivation hypothesis says kids with autism don’t get that same reward from social interaction, so they don’t go out of their way to engage with people because it’s not rewarding for them.”

Another major theory is called sensory over-responsivity — also known as the overly intense world hypothesis. This theory posits that because kids with ASD interpret sensory cues more strongly than their TD peers, those with ASD tend to shy away from interactions they feel are overwhelming or negative.

Rather, this theory suggests that such interactions would drive ASD children to withdraw from socialization as a self-soothing behavior.

But according to Stavropoulos, who also serves as assistant director of UCR’s SEARCH Family Autism Resource Center, it may be possible for these seemingly competing theories to exist in tandem.

For the study, Stavropoulos, who is also a licensed clinical psychologist with a background in neuroscience, and University of California, San Diego’s Leslie Carver, used electrophysiology to observe the neural activity of 43 children (20 ASD and 23 TD) aged seven to 10. They used a guessing game-style simulation that offered participants both social and nonsocial rewards.

Each child, wearing a cap with 33 electrodes, sat in front of a computer screen which showed pairs of boxes containing question marks. Much like the format of the “pick a hand” guessing game, the children then chose the box he or she believed was the correct one (in reality, the answers were randomized).

Stavropoulos said it was vital to design a simulation that would reveal the children’s neural reactions to both social and nonsocial rewards during two stages: reward anticipation, or the period before the child knew whether he or she had chosen the correct answer, and reward processing, or the period immediately after.

“We structured the game so that the kids would pick an answer, and then there would be a brief pause,” Stavropoulos said. “It was during that pause that the kids would begin to wonder, ‘Did I get it?’ and we could observe them getting excited; the more rewarding something is to a person, the more that anticipation builds.”

Each child played the game in two blocks. During the social block, children who chose the correct box saw a smiling face and kids who chose the wrong box saw a sad, frowning face. During the nonsocial block, meanwhile, the faces were scrambled and reformed in the shapes of arrows pointing up to denote correct answers and down to denote incorrect ones.

“After the kids saw whether they were right or wrong, we were then able to observe the post-stimulus reward-related activity,” Stavropoulos said of the process, which involved comparing participants’ neural oscillation patterns.

The findings reveal that the TD kids anticipated social awards — in this case, the pictures of faces — more strongly than kids with ASD.

In addition, not only did ASD children have less interest in social rewards compared to their TD peers, but within the ASD group, children with more severe ASD were anticipating the nonsocial rewards, or the arrows, the most.

During reward processing, or the period right after the children learned whether they had chosen the right or wrong box, the researchers observed more reward-related brain activity in TD children but more attention-related brain activity among ASD children. Stavropoulos suggests this may be related to feelings of sensory overload in kids with ASD.

Kids with more severe ASD also exhibited greater responsiveness to positive social feedback, which Stavropoulos said may indicate hyperactivity, or the state of being overwhelmed by “correct” social feedback that is often related to sensory over-responsivity.

Stavropoulos said the findings provide support for both the social motivation hypothesis and the overly intense world hypothesis.

“Kids with autism might not be as rewarded by social interactions as typically developing kids are, but that doesn’t mean their reward systems are entirely broken,” she said. “This research makes the case for developing clinical interventions that help children with autism better understand the reward value of other people — to slowly teach these kids that interacting with others can be rewarding.

“But, it is critical to do this while being sensitive to these kids’ sensory experiences,” she said. “We don’t want to overwhelm them, or make them feel sensory overload. It’s a delicate balance between making social interactions rewarding while being aware of how loudly we speak, how excited our voices sound, and how bright the lights are.”