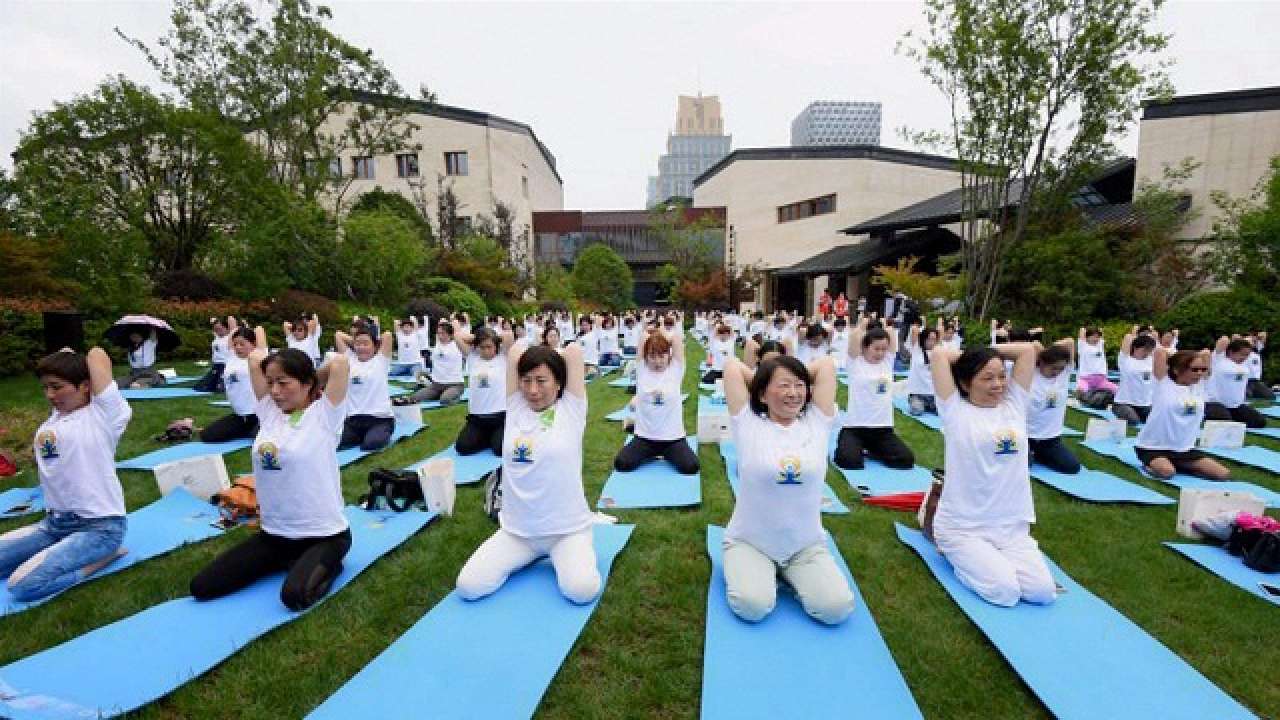 A seven-year-old Chinese boy who suffered from autism has emerged as the country’s youngest yoga teacher, earning over $15,900 by teaching the ancient Indian practice to more than 100 students.
Sun Chuyang, or Mike, from Taizhou city in Zhejiang province learned yoga for three years and received a certificate for yoga teaching a year ago. He has earned more than 100,000 yuan (USD 15,900) by teaching yoga, becoming the youngest yoga teacher in China, or perhaps the world, state-run China Daily reported. Sun has trained more than 100 students, it said. His mother said Sun learnt yoga to fight autism which he was diagnosed with in a day care centre when he was two-years old. To help heal him, his mother closed her apparel store and took him to practise yoga. At the age of three, he displayed a special interest in yoga, the report said, adding that after two years, Sun got rid of autism. At the age of six, Sun found employment as he was approached by several local yoga centres to help teach youngsters the ancient Indian practice.

Though yoga has become immensely popular in China over the years vying with ancient indigenous physical fitness martial art form Tai Chi, it got an official sanction when Chinese Premier Li Keqiang joined Prime Minister Narendra Modi here in 2015 at a joint event featuring both the disciplines during the latter’s visit.
China backed India’s move in the United Nations to make June 21 as international yoga day, giving a fillip to hundreds of yoga clubs and organisations.A first yoga college has come up outside India with joint collaboration of India and China in Yunnan Minzu (Nationalities) University in Kunming.