Meet Chase, a teen with autism, and his own cooking show

Meet Chase, a teen with autism, and his own cooking show 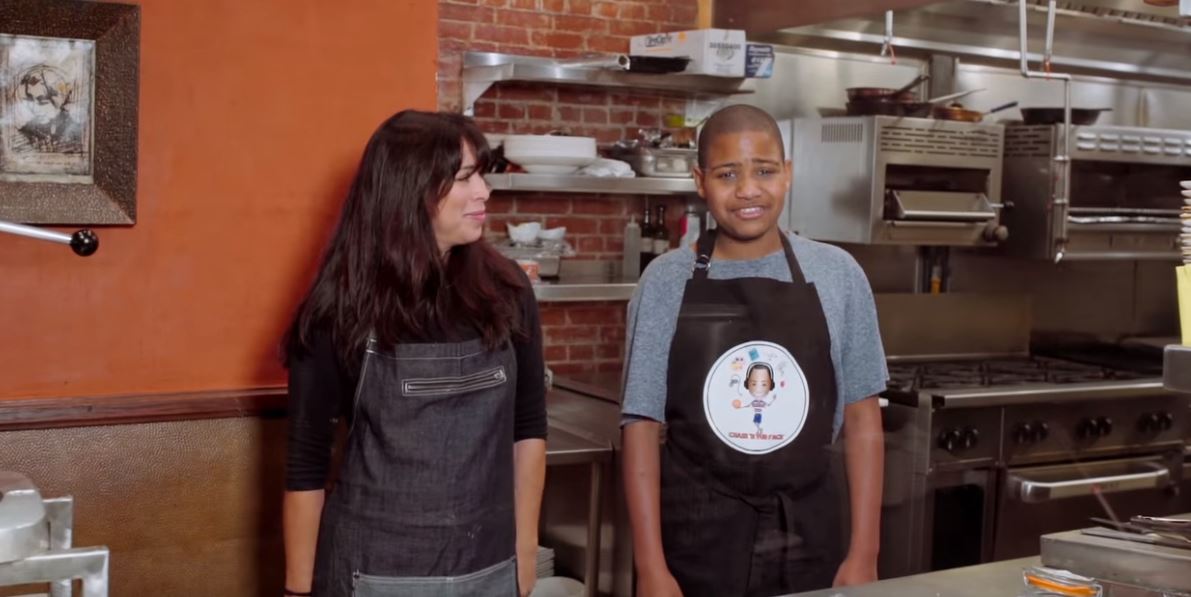 Chase Bailey was diagnosed with autism spectrum disorder at 2. In childhood, he could eat only 5 foods: pizza, chicken, french fries, chocolate chip cookies, and chips. New meals, tastes and smells were overwhelming for him. The situation has changed when he with grandfather has found cooking channel and little Chase Bailey was excited by it.
Autism does not stop Chase’s desire to learn.

“To me, autism means that my brain just works differently to other people’s’ brains, so I learn and do things in different ways. I learn with my eyes – by watching things over and over again. After I watch things and think about them for a while, I feel comfortable trying them myself.

Today, this young man on the autism spectrum has his own cooking show on YouTube called “Chase ‘N Yur Face.”

Chase Bailey dreams to open his own restaurant in the future. He learns from the best cooking chefs: Patrick of Gabbi’s Mexican Kitchen, Greg Daniels of Haven Gastropub and chef Michael Rossi of The Ranch Restaurant and Saloon. They were invited to “Chase ‘N Yur Face.”