Icelandic boy creates large Titanic replica with Legos. How it helps with his autism ?

Icelandic boy creates large Titanic replica with Legos. How it helps with his autism ? 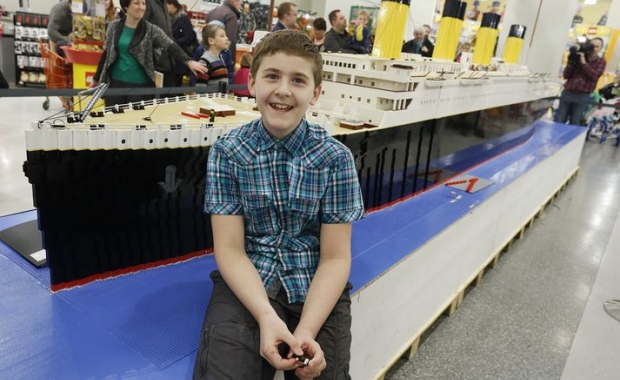 A huge replica of the Titanic went on display Monday at a Tennessee museum.

Brynjar Karl Birgisson built the model over an 11-month span using about 56,000 of the toy pieces, according to a Q&A session he did with Titanic-The World’s Largest Museum Attraction in Pigeon Forge, Tenn.

Now 15, the native of Reykjavik, Iceland’s capital – who’s on the autism spectrum, CNN reports – explained that a trip to Legoland in Denmark sparked his interest in building the model and how his family helped.

“By the time I was 10, I started to think about building the LEGO Titanic model,” he said in the Q&A. “My grandfather ‘Lulli’ helped me make the instructions by scaling down the original blueprint. ….

“My mother was my coach and mentor. She helped me to find ways to make this dream become a reality.”

The project took about 700 hours to complete. Brynjar estimated the cost at about $10,000, but said he received donations and discounts.

On top of building the replica, he’s written a book about his autism and talks about his journey on his website.

“I over came very complicated obstacles with the help of friends and family,” his website reads. “… The Lego Titanic project has taken me on a new exiting journey and its about shedding light on the positive side of autism.”

The model will be on display at the museum until the end of next year.