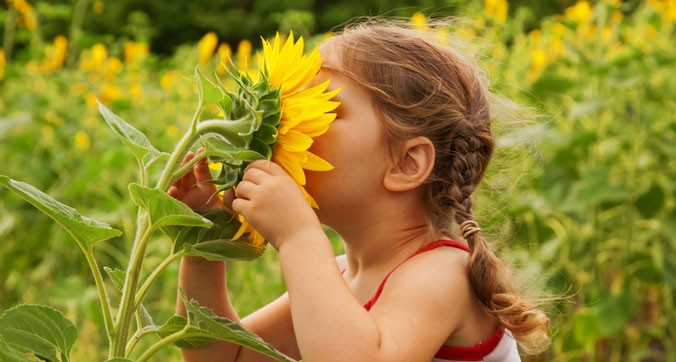 Studies have already shown that Autism Spectrum Disorder (ASD) affects the way a person sees and hears the world around them. Now, researchers at the Weizmann Institute of Science in Israel have discovered that individuals with ASD interpret smells (specifically those of human odor) differently from others. The paper was published in the journal Nature Neuroscience earlier this week.

True, a human’s sense of smell is not as powerful as that of, say, a sniffer dog, but we do rely on it consciously and not as a way to communicate. When you think of body odor (BO) you might picture a co-worker or relative who could shower a little more often. Yet these smells are often so subtle that we don’t even notice them – on a conscious level anyway.

Emotions such as happiness, aggression, and fear produce their own odors and when we catch one of these smells, it can affect our own mood and behavior without us realizing. This means the ability to sense and interpret smells plays a very important role for us socially.

One of the defining traits of ASD is a difficulty in recognizing social cues so Noam Sobel, from the Institute’s Neurobiology Department, and his team decided to investigate the link between smell and autism with a series of experiments. They found that people with ASD were no worse at detecting BO than people without, but they responded to the odor in very different ways.

For the first experiment, the scientists tested an all-male group of volunteers (some with ASD and some without) by exposing them to two types of sweat. Batch one had been collected from a group of people taking part in a scary activity (a skydiving class) and so contained a fear-induced chemical. Batch two was taken from that same group of people, but when they were exercising, which, at least in theory, shouldn’t produce any fear chemicals.

The control group reacted much as the scientists would have expected – they exhibited fearful reactions to the first batch and not the second. The group with ASD did the opposite. The scientists noted they showed a measurable rise in anxiety levels in response to batch two.

The following experiments produced similar results: participants with ASD appeared calmer when exposed to fear-induced odors and showed higher levels of anxiety when they were not. These findings suggest that people with ASD can read olfactory social cues but they misread them.

“We are still speculating, at this point, but we are hoping that further research in our lab and others will clarify both the function of these unconscious olfactory social cues and their roots in such social disorders as autism,” Sobel explained in a statement.