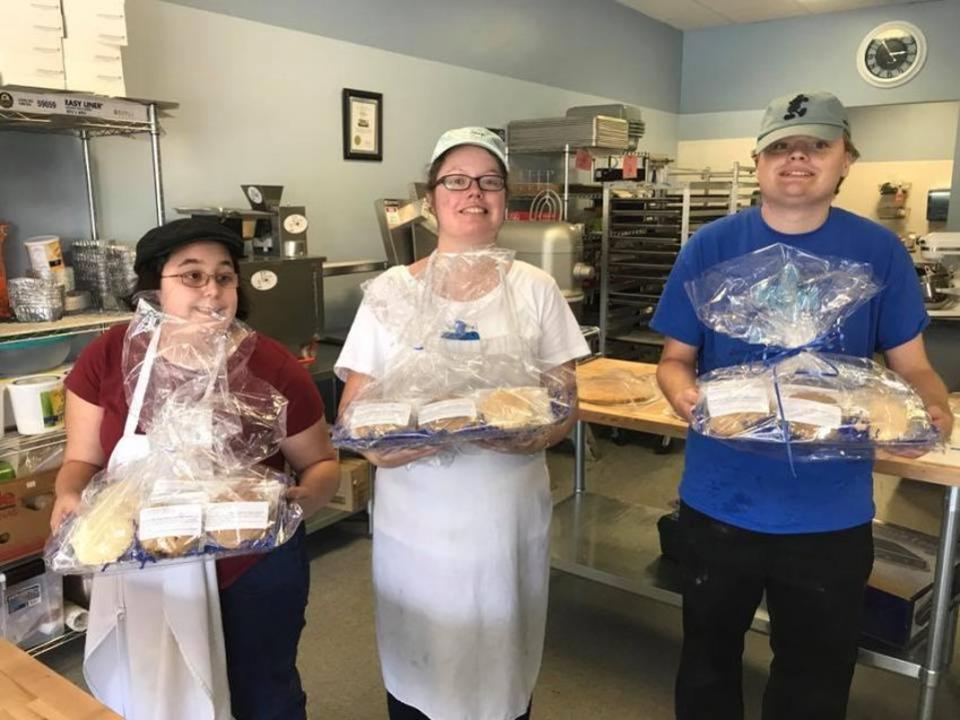 Six weeks ago, Jacob Wittman’s mother, Shelly Henley, had to bribe her autistic son to make it down the stairs by 10:30 am. The other morning, she found him in the kitchen at 7:10 am making a shopping list, upset that Costco did not open until 10. The difference? Thanks to co-founding No Label at the Table Food Company, a bakery that employes people on the autism spectrum, Wittman now wakes with a purpose.

Wittman is working to finish high school through an online school powered by K12. Two years ago, at age 18, he told his mother he wanted to be a chef at a restaurant. So, Henley and a support team got to work to make that happen, starting a bakery that employs people with autism. Being enrolled in a K12-powered school gives Jacob the flexibility to run this business while completing high school, and the process has allowed both Henley and her son to discover their purpose and passion.

Only 60% of people with disabilities finish high school. Two-thirds of people with autism are unemployed after finishing high school. Unfortunately, these statistics don’t improve as adults on the spectrum age. Henley and Wittman are determined to help change that negative trend. The mother-son team are beginning by establishing a bakery with a certified gluten- and dairy-free kitchen that employs and provides job skills training for people with autism. Currently, No Label at the Table offers online ordering and sells at three large farmers markets. The company soon will be opening its first brick-and-mortar store in Carmel, Indiana.

Opening the business hasn’t been easy. “Every night I go to bed relieved that nobody’s figured I don’t know what I’m doing,” Henley said. “I’ve never run a food business before. I am just figuring it all as I go, which has led to many 18 to 20 hour days. There have been many times when I’ve thought, ‘What was I thinking?’” But a few months in and with ten employees, all on the spectrum, “I know I’m doing something right because I’ve been watching my son transform.”

Henley says that owning and operating a business has helped Wittman to mature in ways she never imagined possible. “Jacob, like many on the spectrum, has rigid and ritualistic behavior. Every morning for the past eight years, he has had the same routine to get ready in the morning. There’s a script we follow. If the steps are interrupted, he has to start over again. But last Friday, the day Jacob works in the kitchen, he proceeded to get dressed without the script. My husband and I never thought we’d live without the script. But the rigid and ritualistic behavior just disappeared. Jacob hasn’t needed the script since.”

Furthermore, Wittman used to live a life of almost total social isolation. He spent most of his weekdays with Henley and hung out with his brother and father on the weekends. “If he wasn’t with us, we were paying someone to be with him,” Henley explained. Now, Wittman says, “I bake everything with my friends.” His mother says that this brings tears to her eyes. “Friends. Jacob has friends! It’s not only his team in the kitchen, but also people in the community. Whether we are at the library or Whole Foods, people are recognizing him. They give a wave and tell him he makes the best snickerdoodles they’ve ever had. He walks taller and is so proud of himself.