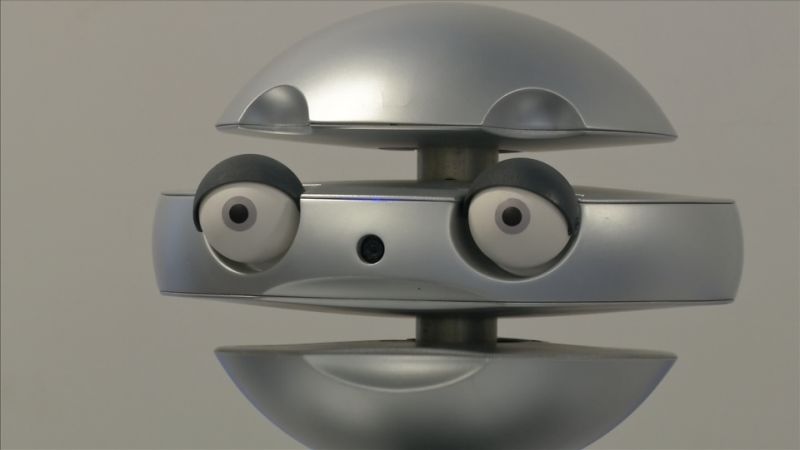 Alyx was designed to help adults with autism recognize social cues – a vital skill in the workplace. Unemployment rates among autistic adults is high – only around 16 percent are in full-time paid work.

Researchers in Scotland believe Alyx could help improve that statistic. During a session with Alyx, autistic adults complete a variety of clerical tasks, such as filing paper. Alyx then generates either an approving or disapproving facial expression. Learning to identify and process these facial expressions are critical to work place interactions. A camera mounted in Alyx’s head will also provide additional feedback to therapists. The team plans to turn the Alyx prototype into a full-bodied, autonomous version, operating in a mock workplace, with clinical trials then planned.