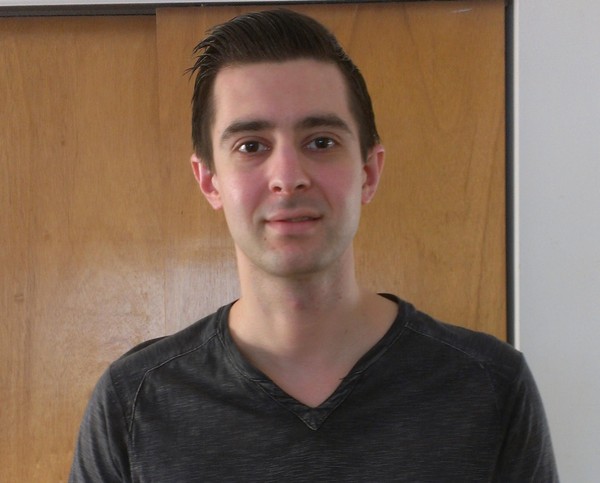 STATEN ISLAND, N.Y. — Eric Rosen is a self-proclaimed realist in many ways.

Though he knows he is living with a condition about which he has no choice (autism), he has opted to “do my best to try and be flexible and consciously embrace changes when possible.”

His message to all is “miracles can happen” and this accomplished young man has proven it with his own determination and the faith and effort of his family.

What schools did you attend? What was your major at college? What activities did you take part in?

Volunteers of America (Early Learning Center), PS 53, I.S. 34, Xaverian High School and St. John University [in Grymes Hill]. [I majored in] political science [and was involved in] student life committee, Stagers [which is a] theater group [and I was also in a fraternity.

What were your interests and activities as a child?

Mostly sports related. My parents enrolled me in sports and social activities like soccer, softball, ice skating and the On Your Mark programs that encompassed many other social activities for children with similar, as well as other, disabilities.

Who do you look up to? Who are your influences?

There are many who have influenced me who I greatly respect and admire. First are my parents, who worked tirelessly to help me in so many ways I couldn’t list them all. They treated me just like my brother and never let me get away with anything. I never felt different in their eyes, even though I wasn’t your average kid.

My brother treated me like an equal while serving as my role model. I tried to be like him as much as possible, which makes him just as important in influencing how I turned out than any teacher, physical or speech therapist I had. Even today, he doesn’t let me get away with anything and calls me out when I get out of hand.

Oddly enough, the person who influenced me the most in the sports world was [former pro football player] Ray Lucas. I met him at a charity fund raiser and we hit it off. He invited me to see him at an SNY Jet’s Football telecast and ever since I wanted to be involved in sports broadcasting. As for another influence, that would be Dennis O’Hare, whose ability as an actor impresses me greatly. He is one of the main reasons I wanted to pursue acting and I follow his career hoping he gets the recognition he truly deserves.

When did you learn you have autism?

I was never really aware that I was autistic. I knew I was different than most other kids, but the term autism was not part of my vocabulary. As I matured and started to exhibit more mainstream behavior, the terms of autism and Asperger’s syndrome became clearer to me. In fact, by the time I had an intellectual understanding of autism, I was far removed from what are considered to be the more well-known symptoms and behaviors of the condition.

What are the major ways it reflects in your life?

It creates many challenges, not least of which is my lack of patience and increased anxiety when I am faced with social situations that most people would not consider challenging. Sometimes I take people too literally and can get upset when someone says or does something that most people would interpret as “joking around.” I also find myself rigid when I should be more flexible when it comes to simple things. Once I do or experience something one way, I find it difficult to waver from that path and take advice that might create any sort of change.

I am realistic in many ways and know that I am living with a condition in which I have no choice. My only options are to do my best to try and be flexible and consciously embrace change when possible. Even people who are far from the autism spectrum have trouble with it.

What would you advise a person who just had a child diagnosed as having autism?

After the initial shock and denial that usually comes with such a diagnosis, I would tell parents that it’s now time to roll up their sleeves and get to work immediately in the following ways: First, give your child all the love and attention you possibility can. Second, do whatever it takes to provide all the services that are available such as speech, physical and occupational therapy. Finally, never give up hope or give in to autism. Miracles do happen. I know that for sure.

What are your wishes for the future?

I just want to get better at the things I love like acting, as I am hoping to get better roles and elevate my craft by learning and working with more experienced actors. As for my sportscasting, I would love to follow my dream and work on an NFL show like ESPN. I also hope to be in a position to travel and see more of the world, experience different cultures and cuisines and maybe, if I’m truly lucky, meet the love of my life.

Where he was born: Though my parents were here since 1983, I was born in Manhattan.

His greatest achievement: Passing his driving test and obtaining a license, something Eric once thought was impossible given he is on the autism spectrum.

His programs on CTV: Several years ago I was invited to become the co-host of a weekly sports show, “In the Bleachers,” with my good friend and partner in sports crime, Jamie Hixson. I also do a seasonal NFL and college football show called “The Blitz Zone,” assisted by Jamie and with occasional guests. I do a specialty show called “Eric’s View” where I do specific shows on things that hold my, and many other Staten Island viewers, interest such as the Super Bowl, the Oscars and an occasional interview.