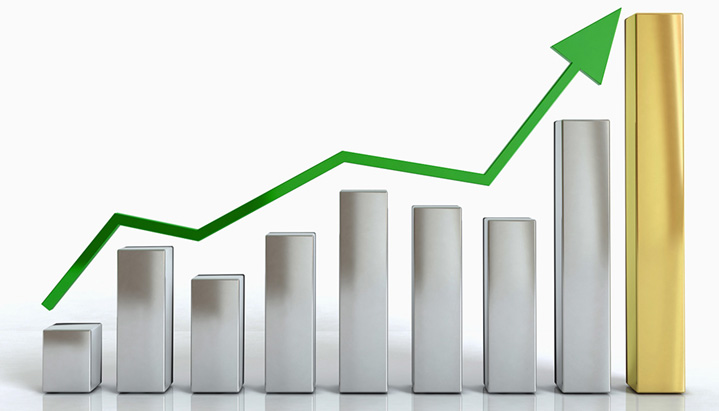 In the highest reported percentage ever for autism prevalence in the United States, a recently released survey of parents by the National Center for Health Statistics (NCHS) puts the rate for autism spectrum disorders (ASDs) in American children at 2.76 percent, or 1 in 36.

According to the NCHS, the new numbers do not represent a statistically significant increase in autism prevalence over the three-year period. In 2014, the rate was 2.24 percent for American children.

Both the 1-in-45 number and the 1-in-36 rates are higher than the official CDC (Centers for Disease Control) autism rate of 1-in-68 children.

The official rate was released in the spring of 2016; new numbers should be released in the next several months. The 2016 numbers were unchanged from those released in 2014, suggesting a leveling off in the increase in the rate of autism.

The official estimate is a product of the Autism and Developmental Disabilities Monitoring (ADDM) Network, a group of programs funded by CDC to estimate the number of children with ASD and other developmental disabilities living in different areas of the United States. The 1-in-68 estimate from the ADDM Network was based on data collected from health and special education records of children living in 11 U.S. communities during 2012, CDC states. The 2014 numbers came from 2010 data.

But the official data has limitations, the CDC acknowledges.

Second, the CDC continued, the types of source records varied across sites, and the inability to review education records at some sites might have led to an underestimate of ASD prevalence in those sites.

“Third, education records generally were not available for children attending private school or being home-schooled,” the report stated. “Fourth, the surveillance areas were selected through a competitive process and were not selected to be representative of children aged 8 years in the United States or the state where the surveillance site was located.”

In addition, among other factors, county-level population counts have to be estimated in nondecennial census years, increasing chances for error, and race and ethnicity are defined broadly for that surveillance population, and so results for a specific race or ethnic group might not be representative of results for all children in those groups, the CDC stated.

The parental survey has limitations of its own, as the 2014 report pointed out.

First, the report’s authors said, the reliance on parent reports could result in misreporting of children’s diagnoses and may also be subject to recall biases. For example, the authors wrote, with the addition of Pervasive Developmental Disorder to the ASD question in 2014, some parents may hear ‘developmental disorder’ but not hear or understand the word ‘pervasive,’ leading them to incorrectly report a non-ASD developmental delay as ASD.

“Parents’ reports were not substantiated through clinical evaluation or educational records,” the report stated. “Because parents are asked to reflect only on the lifetime prevalence of developmental disabilities rather than current diagnoses, children who have lost their original diagnosis might be included in the reported prevalence.”

Then, too, the report states, there are many reasons children who received a diagnosis in the past may no longer meet the criteria for a diagnosis, including, but not limited to, maturation, misdiagnosis, and effective treatment.

“Children may also have lost their original diagnosis due to changing diagnostic criteria,” the report states.

In addition, the authors continued, NHIS is a survey of the noninstitutionalized population and, therefore, children living in places other than the household, such as hospitals, would not be included in a reported prevalence.

Finally, the report states, only one year of data post-survey change are available to be analyzed; additional years of data would help improve the precision of the estimates and allow a better assessment of trends for developmental disabilities.

Beyond the limitations in both reports, why are the prevalence rates so consistently different?

Researchers at the University of Iowa, who also analyzed the National Health Information Survey 2014-2016 data, say differences in study design and participant characteristics may partly explain the prevalence differences.

Another limitation, they wrote, is the ascertainment of ASD by the household respondents’ self-reports of physician diagnosis.

“The one-in-45 estimate is not surprising and is likely a more accurate representation of autism prevalence in the United States,” Rosanoff said when the 2014 National Health Information Survey was released. “This means that 2 percent of children in the U.S. are living with autism.”

For one thing, Autism Speaks points out, the official CDC numbers are based on an analysis of medical and school records of children at 11 monitoring sites across the country and can miss children who have not received autism-related medical or special education services.

In addition, writes Mark Blaxill, editor-at-large at Age of Autism, the ADDM estimates likely include fewer children with Asperger’s. Only about 10 percent of ADDM cases have an Asperger’s diagnosis, he wrote in December on the Age of Autism website, which may explain why NHIS ASD rates have been generally higher than ADDM rates.

For instance, the number in the parental survey is now 1 in 36, closer to 3 percent of the population than to the 2 percent it was two years ago, though the government still classifies the increase to be statistically insignificant.

Blaxill points to the 2007 survey, which reported an autism rate of 1.1 percent and which translated into 1 in 91 American children with autism. That’s an increase of about 150 percent since then, and Blaxill says that’s an urgent cause for concern, for he says even the 1-in-36 number is likely understated.

For their part, CDC researchers say the 2014 and 2016 numbers cannot be compared to the 2007 numbers, or to numbers earlier than 2014, because the autism question asked of parents was changed, as was the order of the questions asked.

“The revised question ordering and new approach to asking about developmental disabilities in the 2014 NHIS likely affected the prevalence estimates of these conditions,” the NCHS researchers stated. “In previous years, it is likely that some parents of children diagnosed with ASD reported this developmental disability as other DD instead of, or in addition to, ASD. Following these changes, the 2014 ASD estimate was more similar to ASD prevalence estimates from other sources.”

Nonetheless, Blaxill said, the very composition of the NHIS survey likely means that even more children have ASD than is reflected in the survey.

“Because the NHIS survey includes many children younger than 8 years of age, their ASD prevalence rates are likely understated, since many younger children don’t receive an autism diagnosis before they are 8 years old,” he wrote. “The new report reflects this bias, since it shows an ASD rate of 1 in 45 children in the 3-7-year-old group, likely an underestimate of the true rate for that cohort.”

The new NCHS data brief also showed diagnoses for developmental disabilities in general on the rise, a disturbing trend given that both in Wisconsin and nationally (until 2011) special education numbers have been declining, other than in autism.

On the whole, the brief stated, during 2014-2016, the prevalence of children aged 3-17 years who had ever been diagnosed with a developmental disability increased from 5.76 percent to 6.99 percent.

“The prevalence of children ever diagnosed with a developmental delay other than autism spectrum disorder or intellectual disability increased, from 3.57 percent in 2014 to 4.55 percent in 2016,” the brief stated.

In addition, children aged 8-12 years (2.88 percent) were more likely to have been diagnosed with autism spectrum disorder than children aged 3-7 years (2.23 percent). That was also deemed to be statistically insignificant, even though it represents the difference between 1 in 34.7 and 1 in 44.8.

Overall, according to the report, the prevalence of diagnosed intellectual disability was higher among boys than girls.

The prevalence of children diagnosed with intellectual disability did not differ significantly by race and Hispanic ethnicity, the brief states.

In sum, the report concluded, for each condition examined, the prevalence was significantly higher among boys than girls, a finding the authors said was common among children diagnosed with a developmental disability.

However, the brief continued, for some children with less severe impairment, developmental disabilities, such as autism spectrum disorder and intellectual disability, may not be diagnosed until the child enters school and is observed by trained teachers.

The difference in the prevalence of intellectual disability between non-Hispanic black children (1.53 percent) and non-Hispanic other children (0.86 percent) was not statistically significant.

Interestingly, the analysis of the data by the University of Iowa researchers produced a different prevalence rate for 2016 than the CDC estimated.